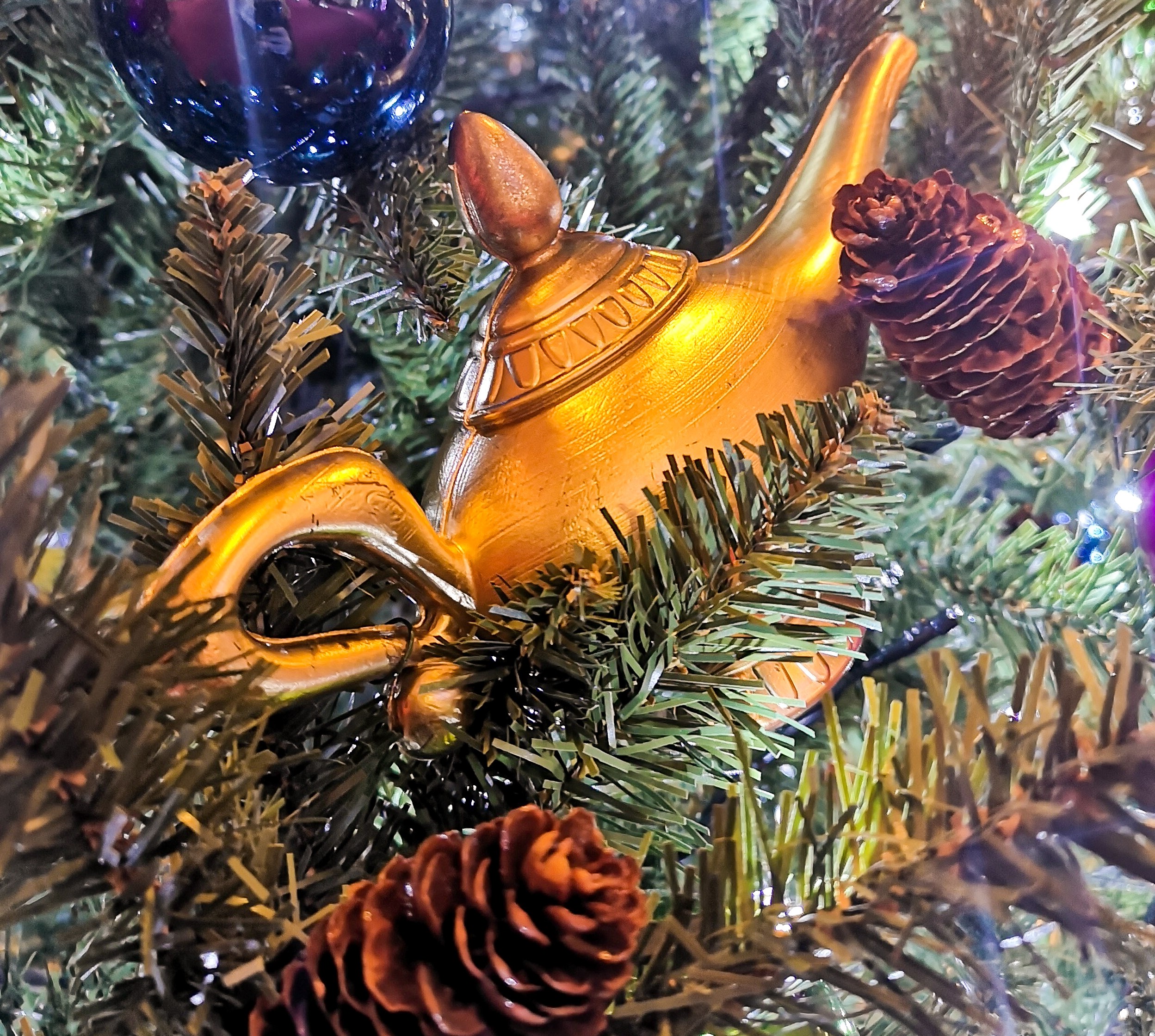 Last weekend, I went along to The Anvil in Basingstoke with my husband and (almost) five year old daughter Eva, to go and see our very first panto! Darrel (my hubby) used to see pantomimes every year as a child, but this was certainly a new experience for me. The closest I’d been to seeing a panto at Christmas was on the TV.

For me, it just hadn’t become a tradition, but Darrel was more than keen to book one. After looking around at what was on in the area, I then had an invitation to go along to The Anvil theatre, run by Anvil Arts to go and see Aladdin. This was very exciting indeed!

It wasn’t that long ago that we went along to Anvil Art’s smaller venue ‘The Haymarket’ to watch The Gruffalo. It was such a good show, and gave me the bug to see more live acts. Plus there are many acts happening at the Anvil Arts venues, not just family shows. Perfect if you want to go with a group of friends, or for a date night. 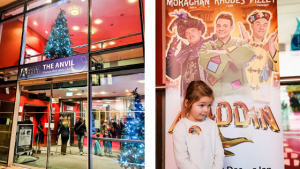 Anvil Arts are actually a registered charity based in the heart of Basingstoke. There are three venues and they put on concerts, comedy acts, plays, dance and theatre. Plus workshops to book if you fancy learning a new skill. Having these venues in the town (and less than an hour away from us in Maidenhead) are fantastic for Basingstoke and give children an opportunity to be involved on the stage.

The venues include the Haymarket, which is a small Grade II listed building in Basingstoke town centre. Where the Anvil is a large concert hall (one of the top five in the country). Within the Anvil is The Forge, which is a one hundred seat studio theatre. 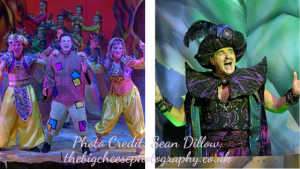 I won’t lie – we did count down the weeks before going to see Aladdin. Even though life for us in December is crazy with Christmas and just about everyone’s birthday. In fact, Eva had her party just the day before going to the panto, so she was pretty much full of excitement.

It was our first time at The Anvil but it was so easy to find. It’s close to the rather impressive shopping centre – which was a handy place to visit just before at this time of year! There were lots of Christmassy things going on at Festival Place shopping centre, such as free gingerbread man decorating and a Santa’s grotto. So we were well and truly in the panto mood. 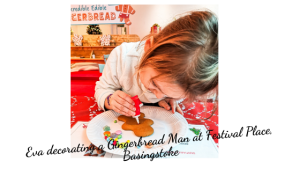 As we got into the Anvil, the friendly staff directed us. It was clean and spacious with bars, snacks and the ability to purchase flashing wands for the kids to wave in the audience.

We got to our seats in the impressive yet comfortable (not too overwhelming) concert hall. The stage was set out and the musicians were in place. So this was going to be an amazing experience! 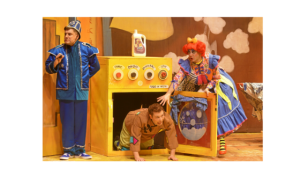 As we watched Aladdin, we were not disappointed. It had all the songs, campness and innuendos that you’d expect from a good old panto. There were some faces from the telly too – Mark Moraghan from Holby City and Emmerdale (I actually remember him from Brookside!), plus Mark Rhodes as Aladdin, from CBBC’s ‘Sam and Mark’. Then Aladdin’s brother ‘I say Wishee, you say Washee’, Wishee Washee – played by Basil Brush, Chris Pizzey.

My favourite character was Widow Twankee ‘just call me Twanks’ played by a rather camp and brilliant Nic Gibney. But every actor was just as great. Including the hilarious PC Pong.

Eva’s favourite had to be Princess Jasmine. She sung her heart out rather professionally and there was plenty of dancing and singing all the way through.

Plus a well timed interval – giving enough time for a toilet break and a trip to the kiosk for M&M’s. 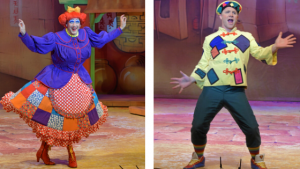 The pantomime was really value for money. It was a lengthy show with a break towards the end, where Wishee Washee invited a few kids from the audience on stage. Plus he gave some shout outs to some of the families and groups in the audience. Then back to the end of the show. It certainly didn’t get boring, and even a fidgety Eva enjoyed herself.

So much so, she fell asleep in the car on the way home. It was a full on day out! 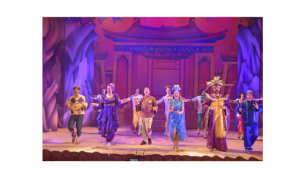 How to Book a Show

Aladdin is showing until January 5th 2020. The venues are wheelchair friendly and spacious, and there are plenty of booster seats for smaller children.

If you fancy seeing a different show, then check out the Anvil Arts website to find out what is on. From comedians to music tribute acts, to dance and drama. There will definitely be something for you.

We were kindly gifted tickets, and all opinions are my own. 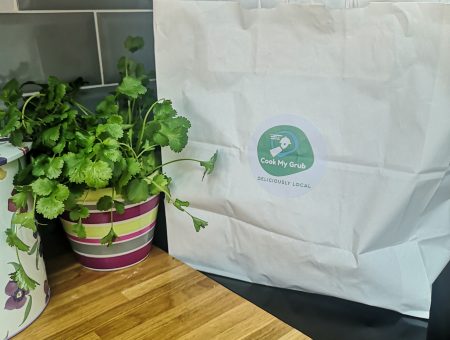 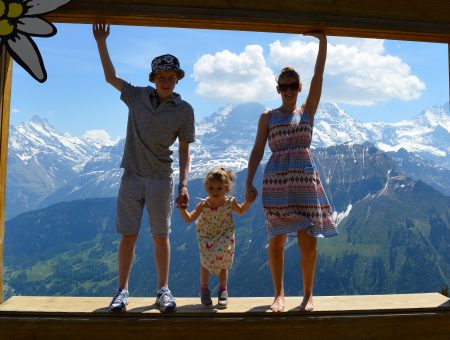