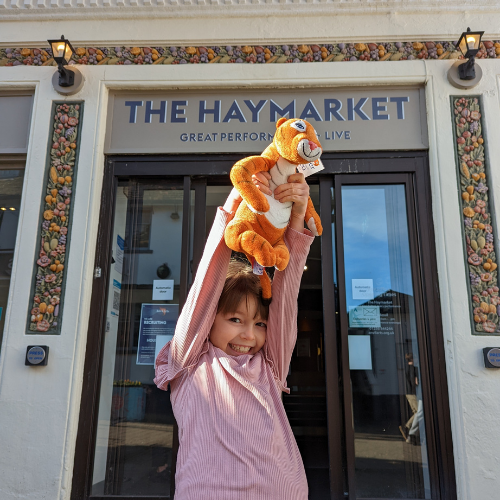 The Tiger Who Came to Tea Live at The Haymarket

The Haymarket is a lovely theatre in the heart of Basingstoke – and is one of the venues run by the Anvil Arts charity and organisation. Last weekend was the showing of The Tiger Who Came to Tea on stage. This funny live performance was perfect for all the family. Directed by David Wood and based on the well known and loved book by Judith Kerr.

Arriving at The Haymarket

We were lucky to had been invited by Anvil Arts to go along – and for the second time too. So we knew what to expect. It’s a small theatre situated on Wote Street, Basingstoke, Hampshire, RG21 7NW. It’s within a five minute walk from Joices Yard and Feathers Yard carparks, or there’s plenty of parking at Festival Place. More information can be found on the website.

The box office is on the ground floor and access to the theatre is on the first floor (there is wheelchair access and a lift). There was also a small table with The Tiger Who Came to Tea merchandise, such as tiger ears on a headband, Tiger signs to hold up and cuddly toys. 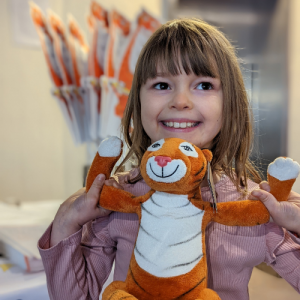 Toilets are on the first floor and there is a kiosk selling drinks and snacks. You can also pre order your snacks and drinks online.

As we went into the theatre, we were warmly welcomed and were offered a booster seat for Eva. Although she is 7, she is still quite small so it was a nice touch. There were a lot of very young children and some sat on their parent’s laps. Although it’s quite a small theatre, there was plenty of space and a lovely atmosphere.

The Tiger Who Came to Tea Stage Show

The stage was all set up and the music and effects were at the right level – not too loud for small children. There were familiar characters from the book and they interacted with the audience throughout. There were lots of songs with actions to join in, funny clumsy moments, magic tricks – and of course a rather impressive – but not too scary tiger! 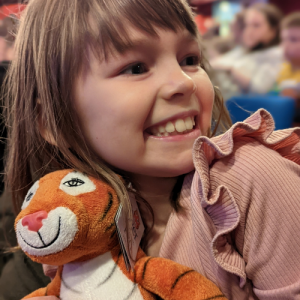 The show was an hour long which was perfect for the little ones. They were entertained throughout and we watched how the tiger guzzled his way through all the food and drink in the house!

Entertainment at The Haymarket

It was our second visit to The Haymarket (we had previously seen The Gruffalo) and it didn’t disappoint. There are always plenty of shows, comedy acts and dramas for all ages to go and see at The Haymarket – and at The Anvil which is a larger theatre.

It’s definitely worth a visit! 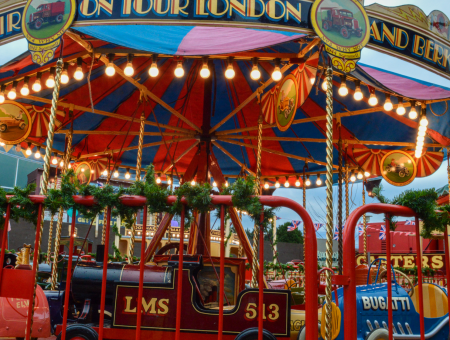 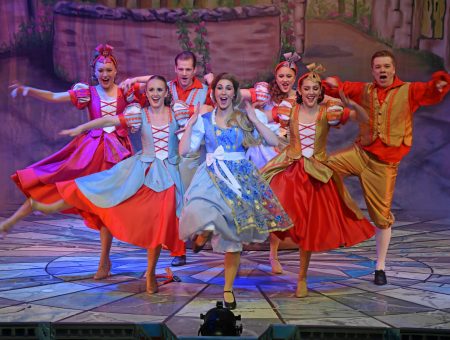 Panto at The Anvil: Beauty and The Beast 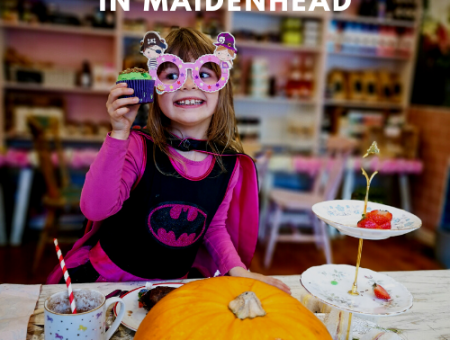